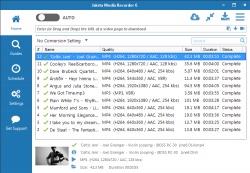 
7.0.1.11
May 1, 2018
Improved tag editor allowing Performer, Composer and Publisher to also be edited
Improved error handling of Extraction engine when videos are restricted due to geo restrictons. The error is now display on the status window. not just in the progress log
Display FPS in multiple streams prompt if available and fix sorting on size so it is numeric instead of alpha
Fix bug in extraction engine when video codec was null
Misc fixes and improvements

RTMP Live stream detection is now a setting
Handle detection of streams with incorrect content types and no extension in URL where the response is chunked and/or compressed
Handle recording of HTTP streams where the stream is chunked and/or compressed
New File > Process new streams menu option. This allows monitoring to continue so existing recordings can progress but no new streams will be detected.
Fixed Apple Audio Book conversions
Output RTMP connection and play parameters in the progress log when using external program functionality
Allow sorting of columns in all list views in settings throughout the application
New RTMP setting to rebase timestamps to 0 on the fly.
Now handle very large RTMP streams > 2.1G
New Installer:
Will detect and remove old Windows Installer based versions of Jaksta
Automatically detects when the driver install requires a reboot and prompts the user to do so
Single installer for both x32 and x64
Optional migration of settings and history at both install and uninstall
Improved .NET detection and installation if required
Optionally automatically starts the application (if a reboot isn't required) at the end of an install
~3 MB smaller than the previous installer.
Increase the simultaneous downloads limit to 50
Fix pause/resume when client disconnects because of SWF Verification but on a subsequent disconnection no SWF Verification is received
Remove *funny* characters that are starting to appear in YouTube titles that are causing ffmpeg to fail.
Changed "Conversion Settings" to "Automatically convert downloads and recordings to" on main UI
New NDIS drivers (3.0.8.1).
Implemented secure sites for RTMP
Added instrumentation to installer
Left aligned "Copy Protected Stream URL"
Add register=1 to welcome page URL if registered
Updated new version screen so that version number is displayed. New version is now only displayed if latest version is > than current
Fixed BBC createStream blocking
Removed install EXE name from being passed to the welcome page as no longer required
Changed Full/Recommend/Minimal install types
Changed myfreewebcams.com to myfreecams.com in RTMP secure sites default setting.
Implementation of simple duplicate naming rules.
Browser cache viewer now supports FF4
Handle RTMP secure Token flex message and start recording
Fixed naming rule issue when file name contains an extension which caused a deadlock
4.2.1
April 19, 2011

Fixed handling of incorrect content length.
RTMP resume implementation and super download improvements
Fixed bug in conversion when the file extension is the same
Ensure cant install on Windows 2000
Warning balloon on minimize
Added ability to pass any detected rtmp connection parameter to an external program.
Scheduling improvements
Fixed issue where comma could not be in external program parameters
Supports download where no content type is given but the file extension is something we are interested in.
Added content type xf4v
New Jaksta skin
4.0.19
December 13, 2010

New MusicDNS implementation
Improved detection of RTMPT
Add/Remove SWF content type check box in Settings form. SWF content type removed by default.
Display final download size in Status. Check box in settings form to enable/disable.
Browser Cache viewer for IE and Fire Fox.
Audio Recording
Support for content/unknown content type. If this is detected will download if a media file type extension is part of the download URL.
Fixed German translation issues.
Implemented gathering of usage data. Check box in settings form to enable/disable.
Support for absolute URLs in HTTP Request URI to support some proxy servers.
License validation now does a http request if the https request fails.
Corrected incorrect icon when conversion occurs during trial mode
Standardized Schedule control layout to that of others
Implemented Plus and Deluxe versions in Jaksta. MusicDNS, Cache Browser and Audio Recorder are only licensed in the Plus version.
Ensure RunOnce registry key is available to stop driver installation failure
‘Downloaded by’ comment tag written to all files
Fixed minsize detection when no content length is given
Fixed generic serialization error when fixing FLV files
Added option to hide/display task bar icon when minimized
Support for Radio Time play lists
Added Server:AmazonS3 content type
Changes to support easier implementation of new languages
Ensure qtCopy only gets RTSP URLs
Fixed URL for download of .Net 2.0 prerequisite, after MS release of .NET 4.0
Improves filtering of small downloads that should be filtered out because of the Min Download Size, but were making it through because no Content Length was set. Example AMF files from tuba.
Ensure X headers are copied from original request to segmented download requests. Example tuba authentication issues.
New Russian translations
Fixed always on top setting which wasn’t enabled when a new instance was started.
Improved detection of RMTP streams on port 80 (BBC detection issue)
Adjusted the naming so that BBC iplayer names are detected.
Fixed shoutcast streams where the meta data was being transmitted and included in the resulting file causing beeps when played back.
Auto fixing of FLV files with no duration is now Q’ed ensuring that when two or more large files finish around the same time they are not fixed at the same time causing the machine to become unstable because of the potential load.
Implemented an option to Automatically switch to recording mode when SWF verification is detected
Implemented Super RTMP Download
Implemented a progress bar on the Fix FLV interface for visual feedback whilst processing large files
Fixed migration of settings when upgrading between versions of RMC4
Implemented ability to cancel conversions
Implemented single click notification icon
Fixed reboot detection after driver is installed
Fixed error where ICY downloads could not be cancelled
Added application/flashvideo content type
Clean up inf files if driver install fails.
4.0.0
July 15, 2010 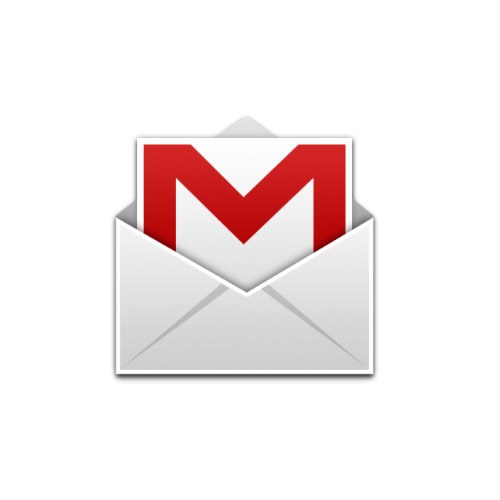 Report!
I write this review, having not used the full version of it. The trial demonstrates how powerful it is. It's incredibly powerful software as a ripper. The downside here, IS THE STORE SEEMS TO BE BROKEN, AND HAS BEEN FOR THE PAST MONTH! What good is software you can't buy. I've given up trying to buy it, going to have to get an alternative.

Report!
I have used this program for several years and it has never failed. I have tried many oher programs and sooner or later there are problems. So for now on whenever I want to download a video I go right to Jaksta.

Report!
I love Jaksta, but when I upgraded to 7.0.1.26 today, it caused all kinds of chaos with my network adapter, causing some horrible connection issues. I reset my modem, even called my ISP, even ran some tools, none of which seemed to work. HOWEVER, it didn't hit me that I didn't have the issues until AFTER I updated the software. With that said, I fully uninstalled Jaksta, reinstalling the previous version, which I had to find outside of Jaksta's website. So far, my connection seems to be absolutely fine, and I will not be updating past 7.0.1.25 anytime soon.

Report!
I love Jaksta, and I was excited to see a brand new version released. After trying it out, it froze on me several times, along with stopping a few recordings I had going. Although there is no changelog, there are some obvious changes, and a number of issues to go along with them. Because of that, I had to revert back to version 5.0.1.54, and I'll be sticking with that for the time being, until otherwise.

Report!
Wonderful tool for capturing streaming with built in capability to transcode to different audio and video formats.