Tools: TMPGEnc. To edit MPEG2 make sure that you have MPEG2 codec installed.


Launch TMPGEnc and close the Wizard.


0. Select in the menu File->MPEG-Tools and press Merge & Cut.
1. Select Video-CD or if making SVCD select Super Video-CD
2. Add the mpg (if join add all the mpgs)
3. Doubleclick on the mpg if you want cut/split out a part of the mpg. (see below)
4. Select Output and OK. 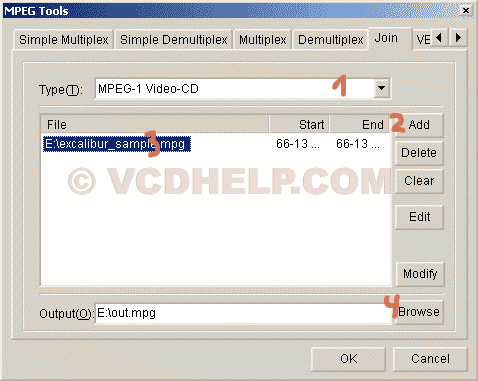 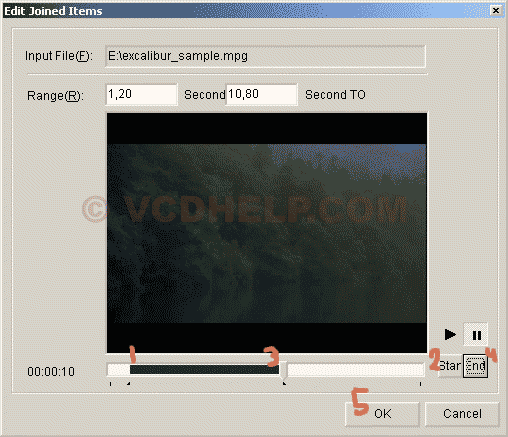 If TMPGEnc Freezes when editing

Be sure to Press Play and Pause before editing

"Well I found out a way to get around it. u have to got into the edit screen then move the slider to the 2 positions write down the seconds. tmpge with probably be frozen by now. then u ctrl+alt+del it re-open it then open the edit screen and just put in the numbers DO NOT touch the slider bar, i found that to be the reason it crashes. U should maybe put this info some where on the page because i spent an hour or so messing with it. So it could save people some time and frustration" /Daniel

"Hey i think a way around the freezing in TMPGEnc is to make swap step 3&4. If you put an output before you edit the movie it won't freeze ... at least not for me. It may not work for everyone but it worked on my 2 computers. "

Try to cut with another editor